Why is handwriting still important in the digital age? 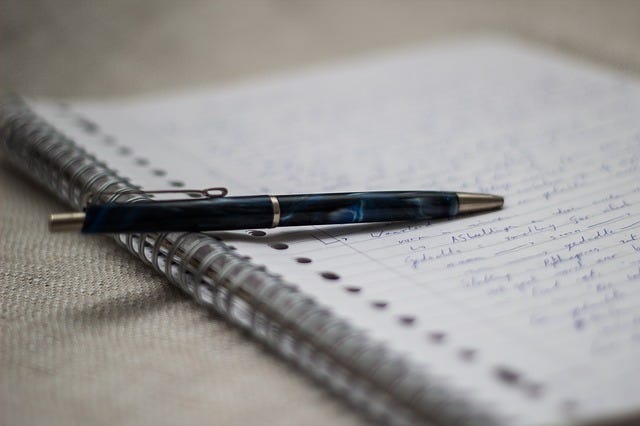 Why is handwriting still important in the digital age?

It’s no surprise that as technology has become increasingly integrated into our daily lives the traditional act of writing with a pen has been somewhat forgotten. The ease of word processing documents, as well as the development of applications that allow us to sync our notes across multiple devices, has made the purpose of handwriting almost redundant 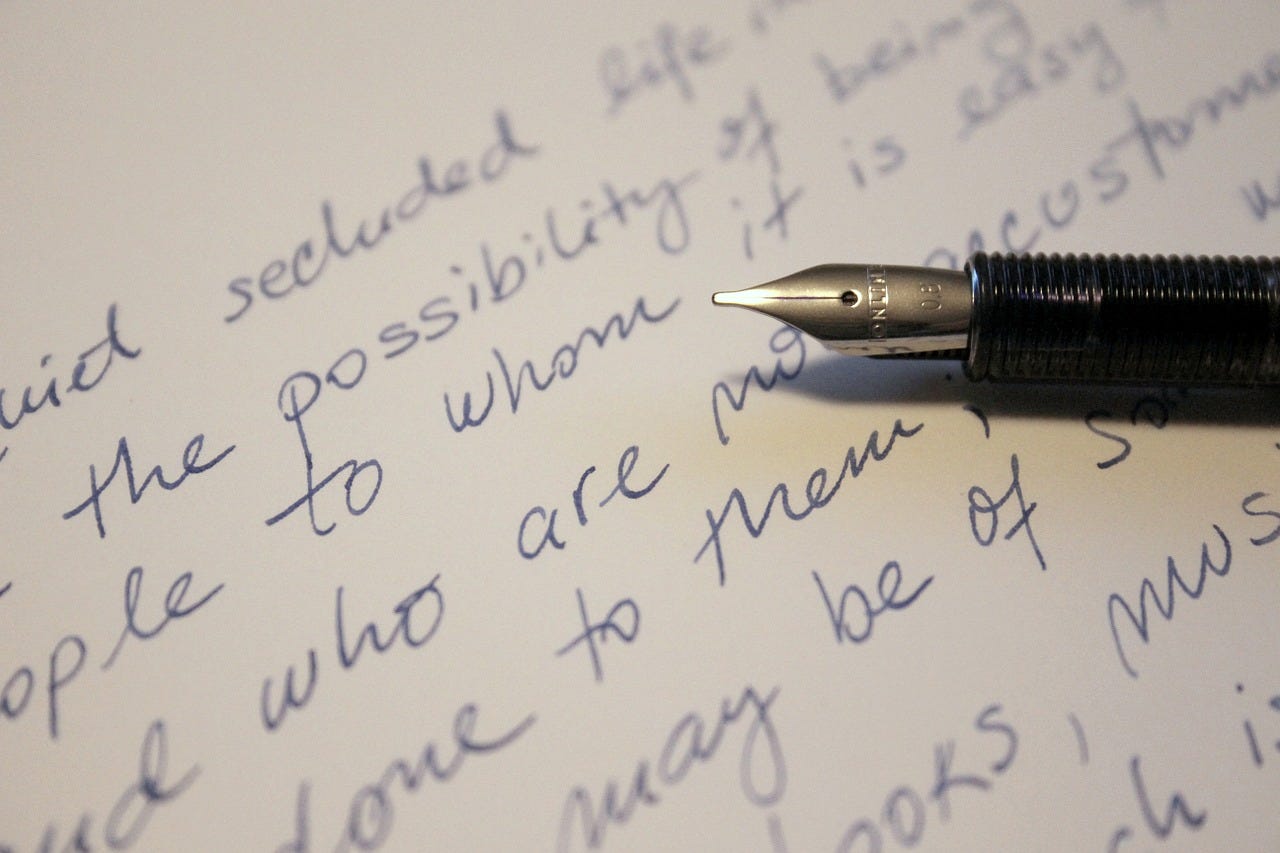 However, the act of writing should not be forgotten and aside from its charm for certain tasks it still has much more utility than it is often given credit for. In many ways, handwriting is still less restrictive than its digital counterpart and has many advantages both functionally and creatively. Additionally, there is another important point that handwriting still forms a unique part of our culture and identity that we should not forego so easily. It is with this in mind that we decided to look at the place of handwriting in the digital age, with the hope of sparking a discussion about its importance during this time:

Handwriting still forms an integral part of our education system due to the fact that the majority of our examinations are still handwritten. Therefore, it still serves as a very functional skill and students who are not able to write legibly and articulately place themselves at a severe disadvantage to those who can. This means that despite the incorporation of technology such as iPads into the classroom, focus should still be placed on students’ ability to write without the help of technology.


Handwriting Has Many Cognitive Benefits

Writing notes by hand has many cognitive benefits. Handwriting reinforces our reading and language processing skills. Writing by hand allows time to slow down the thought process enabling the writer to think about the words, how they are spelt and the structure of the writing; all making the writer more adept at the language they are using.

Handwriting can also improve our memory. Whilst it has been argued that typing notes at the time may allow us to focus more on what we are actually listening to, research has found that writing creates unique pathways in the brain causing those who wrote their notes by hand to remember the content more than those who typed them.


Handwriting Has Many Benefits for Creative Writing

The physical act of writing can also have other benefits in particular with creative writing. Patrick McClean wrote a wonderful article in which he defended his love of longhand, despite the obvious advantages of technology. McClean argued that writing with pen and paper helps to rid you of the distractions of the digital world. He said that when typing there can be a tendency to edit as you go along rather than letting your ideas flow. This can be counterproductive for the creative process. With a blank piece of paper you tend to just write, get your ideas onto paper and leave the editing process until later.

On the other hand, pen and paper can allow you to think more freely when doing things such as brainstorming. You have a blank page, a pen, and no restrictions as to where you can write, allowing you to link things together, circle important points and add side notes wherever makes sense. Many will argue that this can now be done on a computer, but as mentioned before the distractions introduced with a computer or tablet can often interrupt your creative flow.


It Forms Part of Our Culture

Finally there is another, but no less important, point that writing forms a unique and irreplaceable part of our culture. This is particularly the case for written languages made up of characters such as Mandarin but also for letters in English. Handwriting styles are unique to the individual and something which simply cannot be replicated with a keyboard.

Don’t believe us? Here’s what some leading experts had to say on the importance of handwriting:

Tricia Kelleher is the current principal of the Stephen Perse Foundation, a forward thinking, independent school based in Cambridge. She has been a vocal supporter of the need for a debate on the importance of handwriting:
“Handwriting is part of our civilization, it's part of the identity of our culture and not just a tool for communication. I think there's another layer of importance to handwriting and there's also a cognitive argument about how you process information when you write it down. Some students are absolutely wedded to their pen because it means so much to them but my perception is whilst the printing press transformed the written world it didn't make handwriting obsolete. This is sort of the case now but we don't know if that's going to be right for everyone so until that happens we have to make sure our students know how to write.”

Alex Preston is the author of This Bleeding City and The Revelations. Upon hearing that he had decided to write his latest novel In Love and War by hand we decided to get in touch and ask what made him decide to stick to his pen and how it went. Here’s what Alex had to say:
“It absolutely changed the way that I thought about my writing and I was astonished by how different it was from writing in other ways. I think there are several things that differentiate it from a computer. The first is that you can see the evolution of a text and see what went before. There's a wonderful quote from Philip Hensher that says handwriting 'involves us in a relationship with the written word which is sensuous, immediate and individual'. There is the sense that it is a much more physical act to write by hand as opposed to a computer and it gets you thinking about your writing more as art. There also just felt something fraudulent about writing on a computer, my first historical novel on a Macbook Air. So I bought a really nice pen. I went to the street in Florence where the book is set and I bought a pen. I think that handwriting gives you a much more direct link to the world of your characters.”

Ryder Carroll is the creator of Bullet Journal, an innovative note taking system for pen and paper. We asked him why he prefers to keep his notes on paper:
“There‘s something incredibly powerful about making your mark on paper. It’s the moment when an idea leaves your mind and looks back at you for the first time. I’ve never been able to replicate that experience digitally. It’s not unlike Skyping with a close friend vs. having them over for dinner...”

Beth Kanter is the author of the popular blog for nonprofits, Beth's Blog: How Nonprofits Can Use Social Media. As somebody who regularly has to stay organised, she had this to say when asked why she prefers to take her notes on paper:
"I prefer pen and paper when I'm capturing a discussion from a meeting that focuses on a designing a program or a reflective conversation. If the notes need to be in a digital format, the process of transcribing them gives me added reflection and thought time to digest the ideas. Many times I take notes in a visual format like mind mapping that helps me better understand the conversation as it unfolds. I use typed notes when I am taking notes to capture next steps or recording an interview because I can type faster than I can write."

The National Handwriting Association raises awareness of handwriting as a crucial component of literacy and aim to promote and foster good practice in the teaching of handwriting. Gwen Dorman had this to say on the importance of handwriting:
“The ability to write is traditionally closely linked with the ability to read in the development of literacy in children, the one fostering the other. (There have been insufficient children who have learned to write using only a keyboard to disprove this interrelation). In primary schools in this country much of the writing performed in class is written with a pen or pencil and the assessment of a child's ability is largely through the medium of writing. In secondary and further education some examinations are still written by hand. To be unable to write legibly and quickly is therefore a disadvantage that limits a child's educational progress as well as having a negative effect on self-esteem.”